Tits For Telly: The Muppets Return to ABC!!! 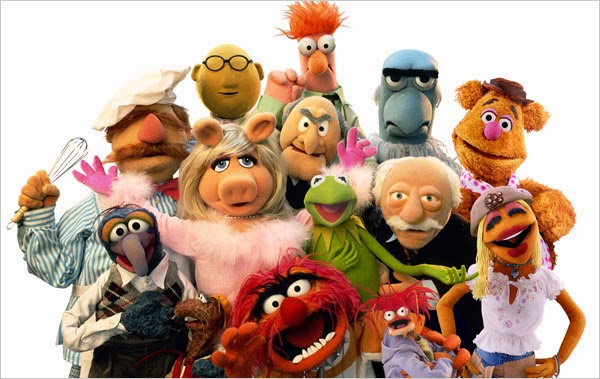 YYYYYAAAAA!!! You heard it right gang! Next year, The Muppets will FINALLY return to television, with co-writers Bill Prady (co-creator of the Big Bang Theory) and Bob Kushell (3rd Rock From the Sun) helming the series return on ABC.

The premise is described as a modern day, docu-style drama show that will dig deep into the Muppets' personal lives, relationships, and all the behind the scenes happenings at both home and work - romances, break-ups, ups, downs, and all arounds - in essence, a more 'adult' Muppet show, but as always, for the entire family. Check out this trailer!

This actually marks the second time that Prady has attempted a Muppets revival. Before CBS' The Big Bang Theory, he shot some test footage that Disney ultimately passed on. Prady earned an Emmy nomination in 1991 for writing the tribute The Muppets Celebrate Jim Henson in 1990 and has continued to write for Disney's Muppet-themed attractions. Prady will have his work cut out for him juggling both The Muppets and The Big Bang Theory which has been renewed for a 10th season.

To say the gang here at good ol' PU is excited would be an understatement! Now if Disney could only get their act together long enough to FINALLY give us Season 4 and 5 of the original Muppet Show on DVD (we're still waiting....). The NEW Muppet Show will start this Fall on ABC.
Posted by Pittsburgh Underground at 11:30 AM