Comics To Rot Your Brain:Rob Rogers Indiegogo Campaign NEEDS YOU!!! 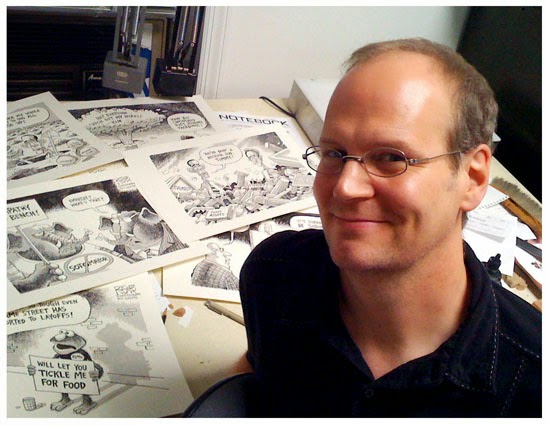 Rob Rogers, Editorial Cartoonist of the Pittsburgh Post-Gazette (and a super nice guy!) has started an Indiegogo Campaign to help him publish his first ever Brewed On Grant collection.

The first book in the series, Mayoral Ink, will feature cartoons about all of Pittsburgh's mayors from the past three decades, starting with Richard Caliguiri and ending with Bill Peduto. 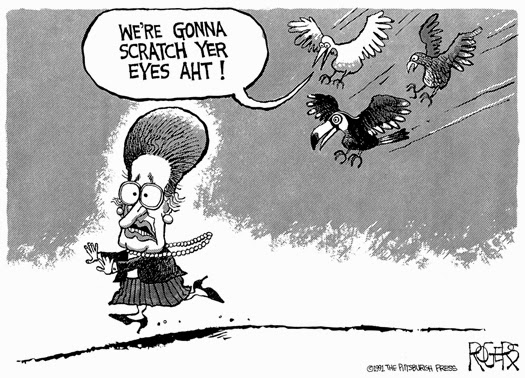 Even if you are not from Pittsburgh you will find something to laugh about in this book. Each cartoon has an explanatory caption to add context. Plus, by supporting this campaign you have a chance at earning some awesome perks like prints, t-shirts, original cartoons and more!

So zip on over to the Rob Rogers Indiegogo Campaign and help one of Pittsburgh's best political cartoonists produce this amazing collection of collectible artwork!

Also, don't forget to check out the Official Rob Rogers Website, his Twitter, Facebook, Pittsburgh Post Gazette Blog sites, and as always, keep you're eyes peeled for one of the best features the Pittsburgh Post-Gazette has to offer!

Aviary Revenge must have watched a certian Alfred Hitchcock movie