Movies That Have Everything: SPECIAL SCREENING of Creepshow at The Hollywood Theater THIS FRIDAY!!! 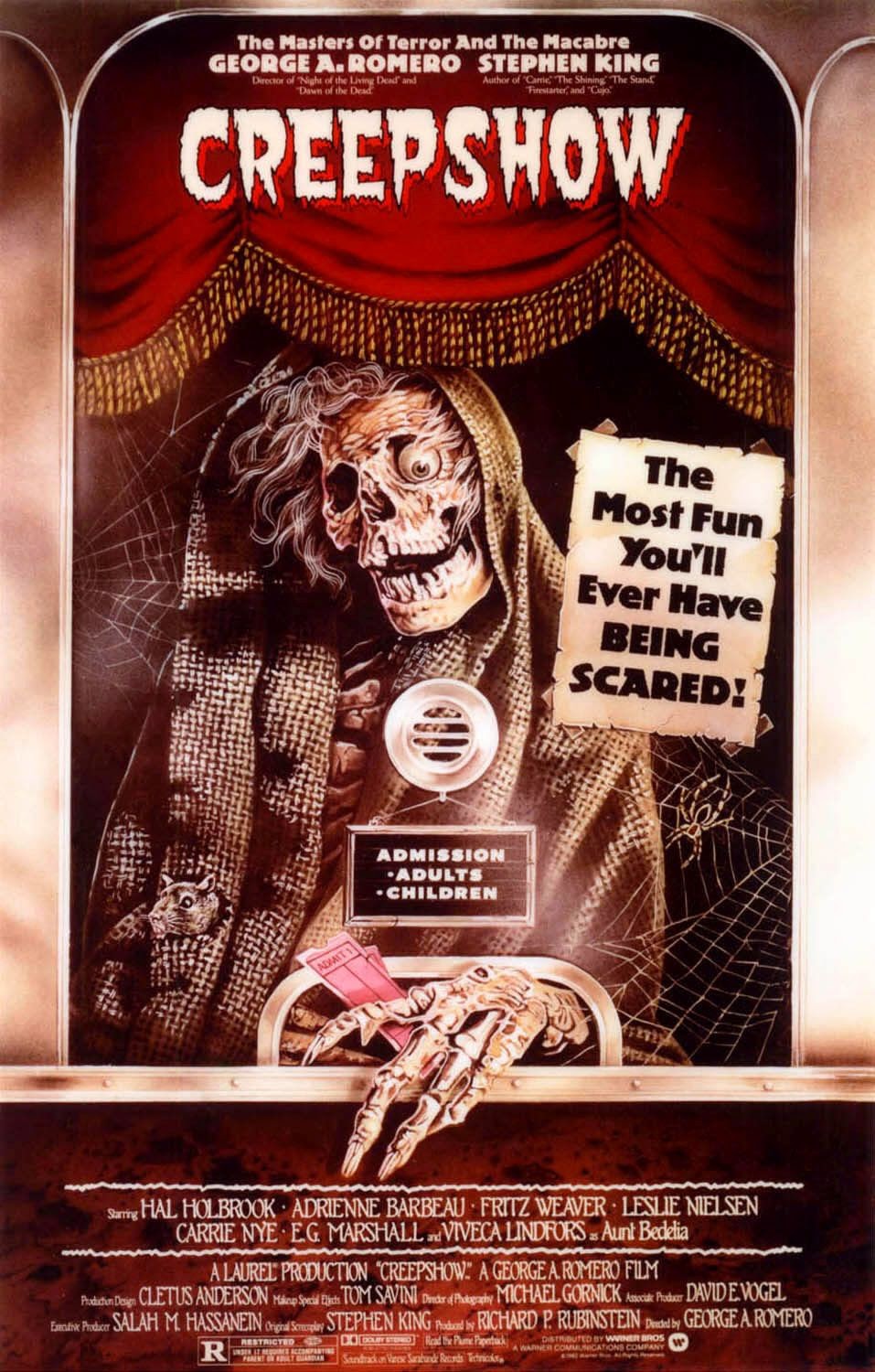 Greetings all you ghouls and fools! This Friday, September 26th, 2014, the gang at Horror Realm is presenting a very special screening of 1982 horror anthology Creepshow, written by Stephen King and directed by Pittsburgh legend, George Romero.

John Amplas, who played Nathan's corpse in the Father's Day segment, will appear as a guest at the event. Mr. Amplas will be available to meet and greet fans before the movie and will be signing autographs (there will be a separate charge). Following the movie there will be a Q&A with Mr. Amplas.

There are two levels of tickets available:
Advanced tickets may be purchased here at Showclix.

There will also be a silent auction including a chance to win a custom poster of the film The Rock autographed by William Forsythe, who appeared at Horror Realm’s convention last month.

So come on out to the Hollywood Theater, grab some popcorn, and scurry up to the balcony for one of the best horror classics filmed right here in Pittsburgh!

The event is sponsored by Zombies of the Corn and South Hills Financial Group.  Zombies of the Corn offers you the experience of riding through the woods in a Zombie Fighting Vehicle and shooting paint balls at Zombies that do not shoot back. All new this year is an additional “Zombie Compound” walk thru featuring visual effects and animatronics to delight all ages.  For more information, visit www.ZombiesOfTheCorn.com.

South Hills Financial Group is a financial planning group located in Upper St. Clair which provides planning and financial products to business and individual clients.  More information may be obtained by calling 412-221-0470.

About The Hollywood Theater:
The Hollywood Theater is a non-profit 280-seat single screen theater located at 1449 Potomac Avenue in Dormont.  The theater features repertory and independent films as well as special events such as art shows and fundraisers.  Contact the theater at 412-563-0368 or www.thehollywooddormont.org for details on upcoming shows or to rent the theater for your party or event.
Posted by Pittsburgh Underground at 11:30 AM