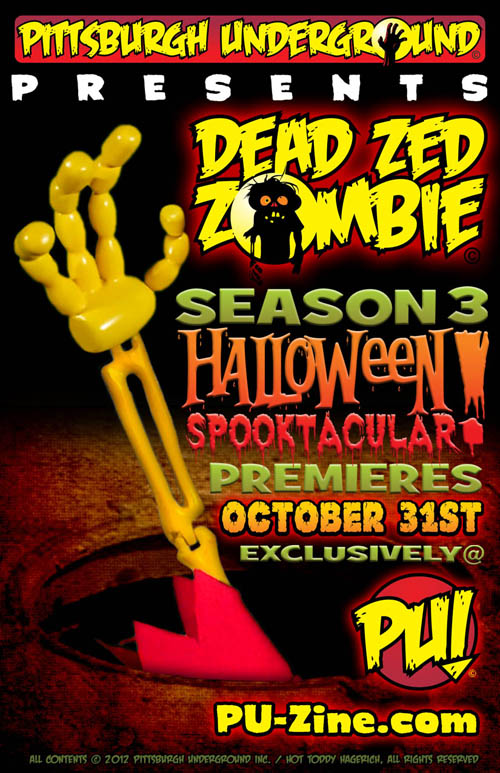 Do you smell what I smell? The faint whiff of the undead? The swish-slish-slosh of rotting flesh as it lumbers through the Pittsburgh Underground? It can only mean one thing - it's time again for our old pal Dead Zed Zombie to rise from the sewers for another season of undead diversions starting HALLOWEEN NIGHT!!!