Movies That Have Everything Preview: Hotel Transylvania 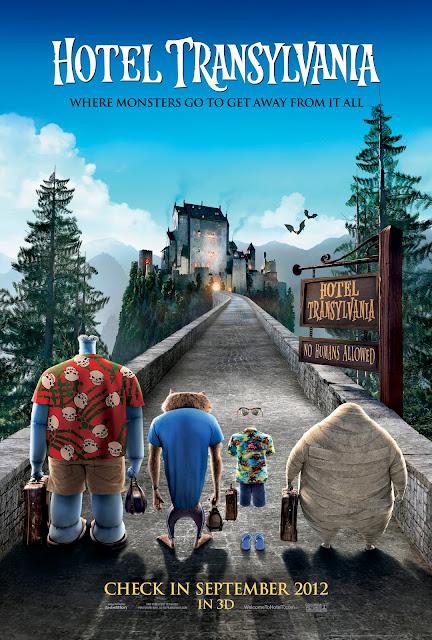 The gang at Pittsburgh Underground are without a doubt incredibly excited as our favorite month is quickly creeping upon us! What better way to get into the spirit of things than with this weekend's monster mashup, Hotel Transylvania, starring Adam Sandller as Dracula himself! Take a look!

Operating a high-end resort away from the human world, Dracula goes into overprotective mode when a boy discovers the resort and falls for the count's teen-aged daughter. Everyone is in this film - Andy Samberg, Selena Gomez, Kevin James (as Frankenstein!), Fran Drescher, Steve Buscemi (yes, as  a wolfman named Wayne), Molly Shannon, David Spade, Cee Lo Green, Jon Lovitz (as Quasimodo!), Chris Parnell (as the Fly!), and PU favorite, Robert Smigel!!!

We haven't had a gaggle of ghouls get together for a getaway like this since Mad Monster Party in 1967!!! So what are you waiting for? Slither on into your local theater this weekend to hang out with the Drac-pack as we dig our way closer to Halloween!!!
Posted by Pittsburgh Underground at 12:00 PM

Thanks for sharing nice information with us. i like your post and all you share with us is uptodate and quite informative, i would like to bookmark the page so i can come here again to read you, as you have done a wonderful job. buy dvd atlanta season 1

That appears to be excellent however i am still not too sure that I like it. At any rate will look far more into it and decide personally! buy dvd south park season 21