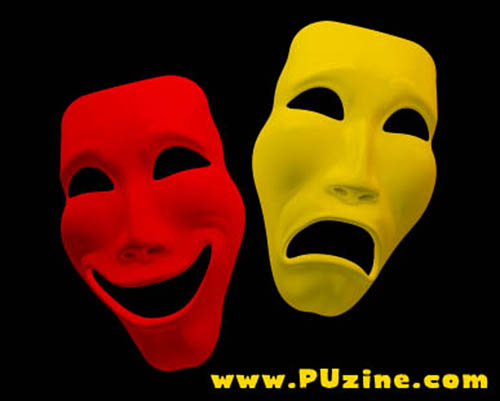 Pittsburgh New Works Festival Week 3 starts this Thursday, September 20th, 2013, continuing through till Sunday, September 23rd! Join 18 Pittsburgh region theatre companies as they bring 18 new plays from all over the world to the stage for the very first time! YOU can be a part of it! Do it your way. Sit back, relax, and enjoy the show or, if you feel adventurous, give the playwrights your opinions and help them shape the future of the plays. Try doing that with Shakespeare!

Thursday and Friday at 8pm, Saturday at 5 and 8pm, Sunday at 2pm

Leaving Antarctica
by Alyssa Herron
In Leaving Antarctica, a struggling woman comes to peace with making a most difficult decision for her only son. To do this, she must be willing to accept the vilification and even the damnation that comes with the job of being a mother.

About the Playwright
Alyssa Herron is a local actor and playwright. Most recently on stage, she has appeared as Lady Macbeth and as the heroic counselor Allison in ‘The B.B.B.’ She will next be seen on screen in the horror film ‘Razor Days.’ Her original monologues and short theatre works have been presented by The Rage of the Stage Players and Cup-A-Jo Productions. In real life, she works as a physical therapist, and sadly, knows where of she speaks. This one, especially, is for her mother.

Often as the Moon
by James Sheldon
The End of the World has come. And gone. On the morning after the much-prophesized Apocalypse of December 12, 2012, two young believers grapple with their disillusionment, their faith, and the budding love between them.

About the Playwright
James Sheldon has completed four full-length plays, including A Model For Mankind, which premiered at the Cock Tavern Theatre in London last spring, and 3-Hole Punch, which had its premiere in October, 2009 at the Grange Theatre in Copake, NY, and recently enjoyed a revival by the Rhinebeck Theatre Society in Rhinebeck, NY. A Model For Mankind, a tale of love and betrayal set in the Soviet Union, received very good reviews from London critics and has attracted interest for a London revival and for a translated production in St. Petersburg, Russia.

Smoke and Fire
by F.J. Hartland

“Courage is fire, and bullying is smoke”
–Benjamin Disraeli

About the Playwright
F. J. Hartland’s plays have been performed in Pittsburgh at Bricolage, Rage of the Stage, Red Masquers of Duquesne University, PrimeStage, Cup-A-Joe, South Park Theatre, Future Tenant, Pittsburgh Playwrights Theatre and a record-setting eleven times in the Pittsburgh New Works Festival (winning the Donna Award for Outstanding Contribution by a Playwright in 2005 for Postcards from a Dead Dog, in 2010 for Shaving Lessons and Half-Windsor Knots, and in 2011 for Funeral in the Rain). He was a 2008 recipient of a Pennsylvania Council on the Arts Playwriting Fellowship. An award-wnning director and professional actor, F.J. holds degrees from Westmintser College and Carnegie-Mellon University.
Posted by Pittsburgh Underground at 11:30 AM