Movies That Have Everything Preview: The Muppets 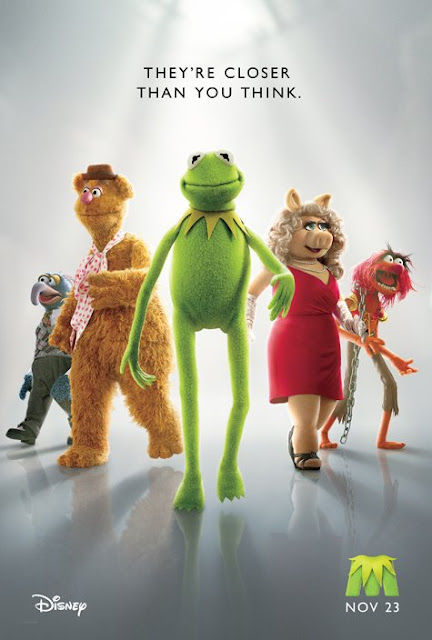 Hey kids! It's finally Friday AND you know what that means... Another Movies That Have Everything Preview. In anticipation of  The Muppets which will be premiering next Wednesday (November 23) the gang at Pittsburgh Underground wanted to bring you all the wicked cool trailers that have been produced leading up to the fun!.

It's been over a decade since the last Muppet Movie and luckily, we have a great gang of Muppet aficionado's in the driver's seat including director James Bobin (from Flight of the Concords fame) and written by Nicholas Stoller (Undeclared, Get Him To The Greek) and Jason Segal (How I Met Your Mother, Forgetting Sarah Marshall) who also stars along with Amy Adams (The Fighter, Julia and Julia) and new Muppet, Walter (playing Segal's 'muppet brother') as they take to the road in order to gather all the Muppets together once more in order to save the Muppet Theater that's scheduled for demolition by Chris Cooper (The Bourne Identity, Jarhead) as Tex Richman, a greedy oil tycoon who's got his peepers set on the Texas-tea that lies underneath the 70's landmark (sounds like BP exec!).

Over the last year, the Muppets have produced a number of teaser-trailers that parody various genres to get us excited for the big show next week. To check them out, just click below! Also, don't forget to check back next week for some more Muppet madness as we countdown to the big show!!!

The Muppets (Green With Envy Teaser)

The Muppets (The Fuzzy Pack Teaser)

The Muppets (Being Green Teaser)

The Muppets (The Pig With The Froggy Tattoo Teaser)

The Muppets (Final Parody Trailer)
Posted by Pittsburgh Underground at 11:30 AM