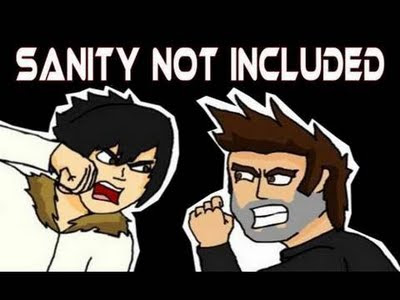 Sanity Not Included
The Awesomest Thing To Happen Since The Word Awesomest!!!

Wholey bloody moley!!! I think I may be in love... In a WTF moment, I decided to randomly type in the two words: STABBY STABBY on Google and let her rip. To my delight I found one of those rare gems that only pops up, maybe once in a lifetime - a kindred spirit if you will.

Not knowing under what article title to place this under, I decided to pick Videogamey due to it's depictions of the protagonist Enzio from Assassins Creed 2 by Ubisoft Montreal (a game that I still absolutely love to this day!). 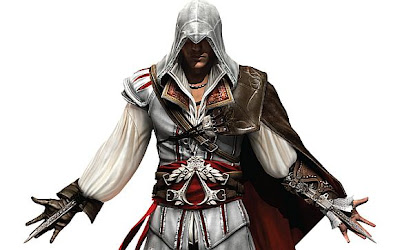 For those of you who haven't a clue, the Assassins Creed franchise has been going strong since 2007 for most major consoles in one form or another. It's a historical third-person action adventure allowing you to take control of a present day dude named Desmond Miles who by using an fancy-smansey machine called the Animus that allows him to relive the past memories of one of his Italian ancestors, good ol' Enzio who just happens to be an assassin during the Renaissance Period in Italy (YA! How's that for videogames being stupid!!!).

Is there violence in this game? YES!!! AND it's a bloody good time as you stab your way through countless thugs and bullies, protecting the good citizens against a tyrant (ya, the bastards have it comin'!).  Try and remember though - it's not REALLY violence as you're reliving the memories of a former ancestor (like a dream ya masterminds!). Not too shabby for those of you who like to wear their guilt on their sleeve!

Fast forward to now and the genius of Sanity Not Included. I can no longer speak... just watch my friends... listen and learn...

Cover me in AWESOME SAUCE!!! This is utter genius!!! Sanity Not Included is a webshow that was started by DexterBoy124 and GuitarMasterX7 back in June of 2010. All I can say is YOW! with a little YIKES!!! thrown in for good measure!

Stay tuned... something tells me I'm going to be scouring the net to find more from these master entertainers!!!
Posted by Anonymous at 11:30 AM

Email ThisBlogThis!Share to TwitterShare to FacebookShare to Pinterest
Labels: VideoGamey