Movies That Have Everything Preview: John Carter 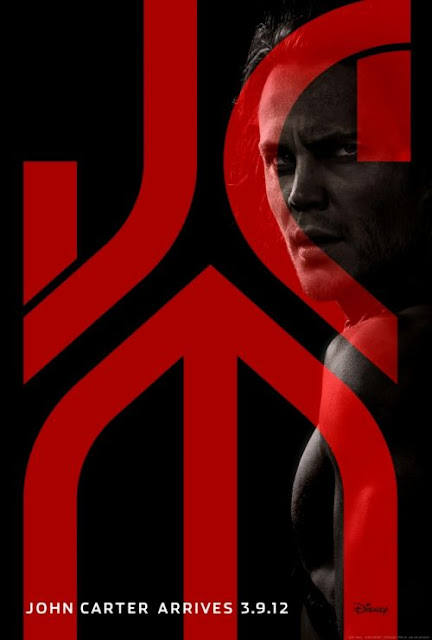 Hey gang! The gang here at Pittsburgh Underground LOVES Fridays and we LOVE movies! Thankfully, we're getting a nice crop of the fun stuff this summer, but what about NEXT SUMMER?

Well, believe it or not, Disney, of all places is producing one of our favorite Edgar Rice Burroughs characters for the silver screen - John Carter (or as he is better known, John Carter of Mars). Check out the trailer below:

John Carter of Mars has had a LOOOOONNNGGG history, dating back to 1912 when Edgar Rice Burroghs (you know the dude that created Tarzan), serialized it, appearing first in the book 'The Princess of Mars' that the author dubbed 'Barsoom' with the eleventh book in the series entitled 'John Carter of Mars.'

John Carter is the story of a 30ish man from Virginia who seemed to never age as he watched generations of his family (who referred to him as 'Uncle Jack') die while he stayed young until one day while hiding from Apaches in a cave, he appears to die.

This is where the story gets crazy...

John Carter then leaves his inanimate body and astral projects to the planet Mars where he finds himself in an identical body of his own, yet stronger due to the difference in gravity on the red planet

The movie isn't coming out until March 9th of 2012, but that's just money in the bank my friends! Who knows, maybe after Tron Legacy, Disney has realized the potential audiences for this type of sci-fi epic and can take us on a trip back to the good old days of 20,000 Leagues Under the Sea, The Black Hole, and of course, the original TRON. Time will tell...

This is a great inspiring article.I am pretty much pleased with your good work.You put really very helpful information. Keep it up. Keep blogging. Looking to reading your next post. buy dvd atlanta season 1

Good website! I truly love how it is easy on my eyes it is. I am wondering how I might be notified whenever a new post has been made. I have subscribed to your RSS which may do the trick? Have a great day! buy dvd south park season 21

Keep up the good work , I read few posts on this web site and I conceive that your blog is very interesting and has sets of fantastic information. fmovie