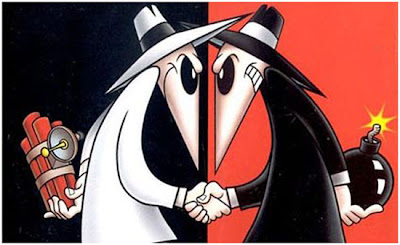 Hey gang! It's that time again - This week we're talking about spy gear! Let's face it, there aren't many of us dudes that don't want the life of 007 Believe it or not, these are some of the latest and greatest bits and bobs that would make a member from Q Branch green with envy. 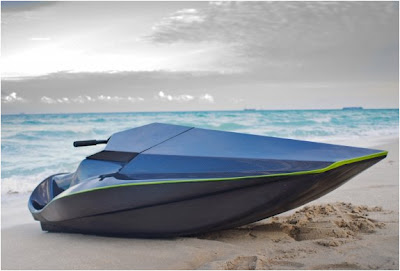 Coated in an ultra-sleek carbon fiber, this electric, zero-emissions jetski from Silveira dubbed the Green Samba XRS weighs only 35 lbs and can cut through the drink at 65mph. What super-spy (or super villain) wouldn't want hump one of these babies right onto the beach! Order yours today as production begins this month! 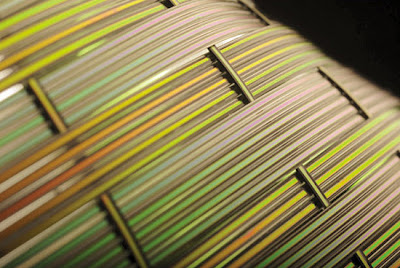 Fear the fabric! It can hear your every word! That's right girls! Your undies might become the satin stoolpigeon to finger you out so you better play it straight baby! The research team of professor Yoel Fink from MIT announced their invention earlier this July in an endeavor that started 10 years ago as a way to develop fibers that could interact with the environment, much like human senses do.

These amazing fibers can do more than just listen to all your secrets as the potential for this technology could also allow the material to pick up sounds that indicate changes in blood flow or pressure on the brain to help monitor your vitals. The scientists also state that the materials might act the opposite of a piezoelectric substance, with movement generating electricity rather than draining it. It can even create tiny sounds (you just gotta listen very closely...). Of course this little project was funded by U.S. Department of Defense Advanced Research Progects Agency (and two other unnamed sources - S.H.I.E.L.D. ? S.T.A.R. Labs?, Maybe ENCOM? What about KAOS? FINE...nevermind...). 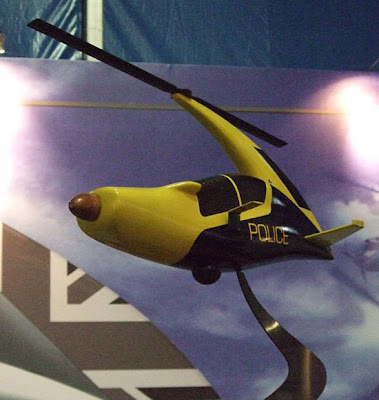 Fly Me To The Moon

Is it a bird! A plane! A flying stain?! Hell no! It's the autogyro (or gyrocopter - pick your poison). Not exactly new tech (the designs on this high flyer stem as far back as WWII), but important tech that's been improved upon by the team over at UK developers, Gyrojet. So what's the big right? First, they can stay airborn at low speeds (perfect for stalking - Check!). Second, less jumping and a bumping thanks to an unpowered motor (I can drink coffee while stalking and not boil me best bits - Check!) allowing surveillance equipment to be 5 by 5. Not bad for pre-internet tech!
Posted by Pittsburgh Underground at 11:00 AM