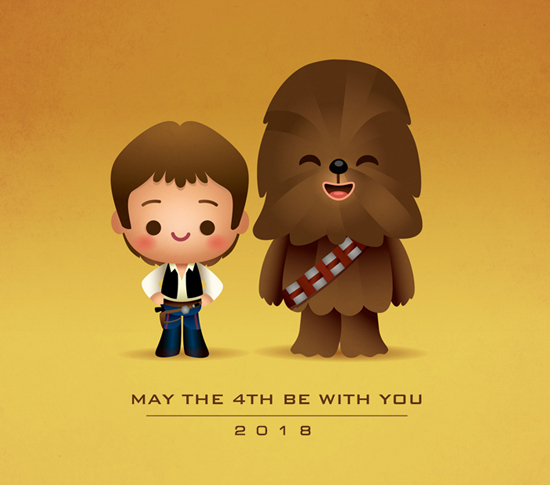 It's that time again gang! May 4th or as most of us nerds know it to be - Star Wars Day!!!

The tale for this event is as legendary as Star Wars itself when back on May 4th, 1979, the phrase was first used the day that Margaret Thatcher took office as UK prime minister. The Conservative party allegedly placed an ad in the London Evening News which read,"May the Fourth Be With You, Maggie. Congratulations."

To celebrate Star Wars day, Star Wars: Force for Change has recently announced Roar For Change - a global challenge in support of UNICEF. The initiative invites fans and families to share their own version of Chewbacca’s iconic roar.

Check out special Roar for Change videos from Hasbro, Funko and from the set of Solo: A Star Wars Story (which opens May 25th) below!

Star Wars: Force for Change is a charitable initiative from Disney and Lucasfilm with the goal of is harnessing the strength of Star Wars and its global fandom to empower people to come together to make a positive impact on the world around them to inspire people to be “forces for change” in their everyday lives.

For more info, check out the Official Star Wars: Force for Change Website to donate.

May the 4th Be With You...Always...
Posted by Pittsburgh Underground at 4:20 PM