Greetings gang! Not only is it Friday, but it’s also one of our favorite counterculture holidays - International 420 Day! April 20th (4/20) is a big day for those who celebrate all things cannabis from medicinal to recreational purposes and those who support the cause will be out in full forces today to promote and bring awareness of all the positive things this little herb provides.

Medical Usage in Pennsylvania (Update)
Two years ago, Governor Tom Wolfe signed Senate Bill 3, making Pennsylvania the 24th state to legalize medical cannabis. In February of 2018, Pennsylvania began it’s first legal sales of medical marijuana for those with one of 17 qualifying conditions, including AIDS, autism, cancer, epilepsy, post-traumatic stress disorder, chronic pain and Crohn’s disease. This includes nearly 3,000 patients have obtained medical marijuana cards, and more than 17,000 have registered to participate with the aid of some 700 doctors who have been qualified or are getting qualified to treat patients.

So far, the 2016 state law restricts the drug to pills, oils, vapor or liquid marijuana, but not in smokable form or what are considered edibles. However, earlier this month, the state medical marijuana board recommended that Pennsylvania allow the sale of marijuana in dry leaf form, in theory to allow users to vaporize and inhale it, and expand the kinds of medical conditions it can be used to treat, including cancer remission therapy, opioid-addiction therapy and to treat neurodegenerative diseases and spastic movement disorders. It also recommended that certified patients be able to bypass the law’s requirement that patients first try other painkillers or therapies before they use it to treat severe pain.

In an update to this news, Pennsylvania Health Secretary Dr. Rachel Levine announced Monday she will approve the recommendations of the Medical Marijuana Advisory Board that includes allowing the sale of medical marijuana in dry leaf or flower form which should be available this summer. It has also been confirmed that list of conditions has expanded from 17 to 21 now including neurodegenerative disease, spastic disorders, and patients with a terminal illness whose life expectancy is one year or less. 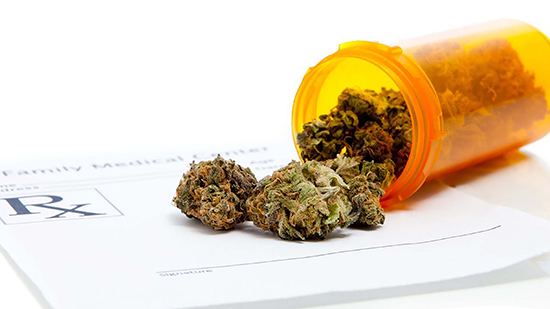 Selling dry leaf marijuana will have two other important benefits for patients, by allowing patients or caregivers to process it at home in small batches to better control dosage and it will substantially lower prices in Pennsylvania, which are currently $60 to $144 per gram for processed oil. Buyers currently pay $200 to $250 (sometimes more) per ounce for dry leaf marijuana on the underground market, or under $10 per gram.

Pennsylvania’s medical marijuana program has been so successful that in March dispensaries had reported shortages in which many patients have reported that they haven’t been able to get the quantity or variety that they are looking for. In the Pittsburgh region, there are two dispensaries that have opened (Solevo Wellness in Squirrel Hill and CY+ Dispensary  in Butler, PA), however, only one grower supplies to them due to a new state law that says dispensaries can not get supplies from out of state and in-state grower-processors like PurePenn in McKeesport have only been growing since December. 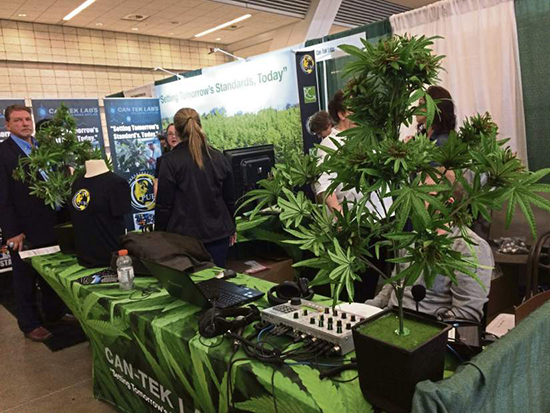 Pittsburgh also hosted the second World Medical Cannabis Conference and Expo in April over a three day period that included vendors, doctors, care center representatives, and patients who are all interested in this every expanding industry in our region. Check out this short video from KDKA on the convention and some of the challenges that growers have had due to the high demand for product.

Recreational Usage in Pennsylvania (Update)
With the demand high (no pun intended), talks also continue for the legalization of recreational cannabis in Pennsylvania. Auditor General Eugene Depasquale has stated that Pennsylvania  cannot afford to lose out on economic and social benefits from marijuana legalization as public support grows and more states allow possession of small amounts for personal use.

‒ Pour $200 million into Pennsylvania’s state tax revenue at a time when budgets are strained and there is little appetite for additional taxes.

‒ Reduce an estimated 20,000 marijuana possession arrests annually in Pennsylvania estimated to have cost at least $47 million in tax dollars in 2017.

‒ Help prevent some people from getting addicted to prescription painkillers and entering the potentially deadly spiral of opioid addiction.

‒ Reduce the loss of income and other social, personal and emotional impacts on those arrested for simply possessing a small amount of marijuana.

“Other states are already taking advantage of the opportunity for massive job creation and significant savings from reduced arrests and criminal prosecutions for possession of small amounts of marijuana,″ DePasquale said. “The longer we wait, the more we will miss out on new business development, good-paying jobs for Pennsylvanians and tax revenues to support services for residents.″ 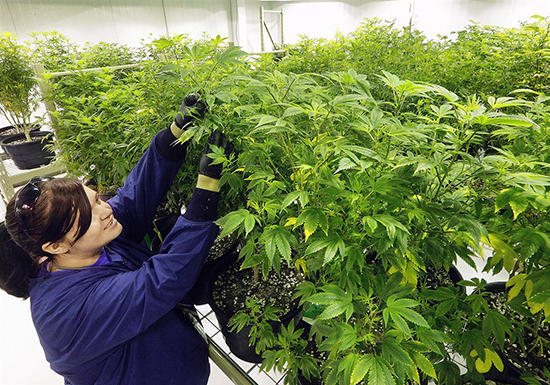 To put this into perspective, last year, Colorado, one of the first states to legalize cannabis for recreational use, made $1.4 billion in recreational cannabis sales last year totaling in $70 million in taxes as opposed to $42 million in alcohol taxes. Dispensaries regularly sell more than $100 million worth of cannabis products every month and Colorado earned more than $230 million in licensing fees and tax revenue combined in 2016.

What’s Next?
Now with Pennsylvania law makers championing the use of medical cannabis, increasing the list of conditions it can be used for, and considering the benefits of legalizing use for recreation purposes, the region is steadily catching up to states like Colorado and Washington who have reaped the benefits of this amazing little plant.

With that said, the gang at good ol’ PU wants to wish everyone a happy 420 day and provide a few resources below for those who would like to connect to a doctor near them to approve medical treatment using cannabis, apply for their own medical marijuana card, and find dispensaries near them in order to purchase legal product. These resources will also be found in our Beyond PU / Pittsburgh Medical Marijuana Info & Dispensaries section.

Don’t forget, at 4:20 pm today, smoke em if you got them as Pennsylvania has a lot to celebrate on 420 day this year!

Marijuana Doctors / Pennsylvania - A free resource for a more in-depth explanation of cannabis laws, medical qualifications, and answers to questions concerning marijuana in Pennsylvania and other states who have made cannabis legal.

Weedmaps - The 'Google Maps' for cannabis dispensaries. Just enter where you live and it will show you the closest places to purchase legal cannabis.