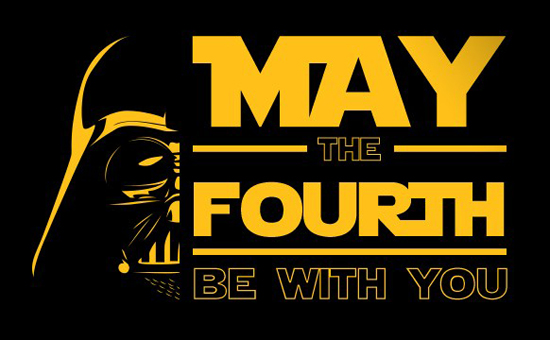 It's that time again gang! May 4th or as most of us nerds know it to be - Star Wars Day!!!

The tale for this event is as legendary as Star Wars itself when back on May 4th, 1979, the phrase was first used the day that Margaret Thatcher took office as UK prime minister. The Conservative party allegedly placed an ad in the London Evening News which read,"May the Fourth Be With You, Maggie. Congratulations."

To celebrate the 40th anniversary of Star Wars,  Star Wars: Force for Change has geared up asking for fans to pledge their support for Unicef Kid Power and Starlight Children's Foundation in exchange for a chance at some pretty cool rewards. Check out the video below as Daisy Ridley and Mark Hamill speak for the cause:

Star Wars: Force for Change is a charitable initiative from Disney and Lucasfilm with the goal of is harnessing the strength of Star Wars and its global fandom to empower people to come together to make a positive impact on the world around them to inspire people to be “forces for change” in their everyday lives.

For more info, check out the Official Star Wars: Force for Change Website to donate.

Also, we would be remiss if we did not acknowledge the passing of Carrie Fisher who will forever be our Princess. Below is a small tribute courtesy of StarWars.com .

A Tribute To Carrie Fisher / StarWars.com

May the 4th Be With You...Always...
Posted by Pittsburgh Underground at 4:20 PM