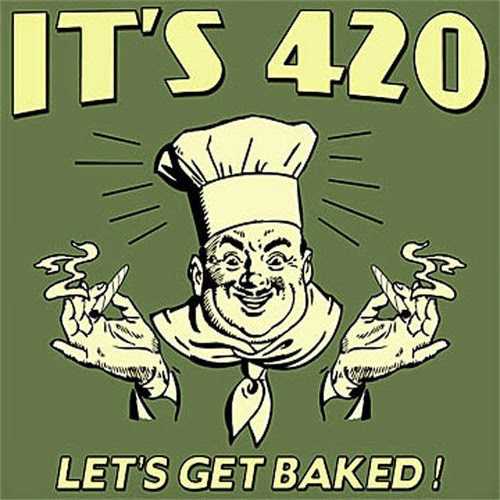 Happy 420 Day Everyone!!! That's right - today's the day for marijuana enthusiasts everywhere to rejoice as April, 20th, or National Marijuana Day, is being celebrated around the world!!!

There's a lot to celebrate as well! As of today, twenty three states (including Washington D.C.) have laws legalizing marijuana in some form. The most progressive states who have not only legalized medical marijuana, but also recreational cannabis include:

Alaska, in which adults 21 and older can now transport, possess an ounce, and even grow up to six plants of their own.

Oregon will allow adults to possess up to an ounce in public and 8 ounces in their homes starting July 1st, 2015.

Washington state allows adults to possess one ounce for recreational use and medical marijuana users 3 ounces dry, 48 ounces of marijuana infused solids, 215 ounces of liquid, and 21 grams of concentrates.

Washington D.C. voters approved Initiative 71 which came into law on February 26th, 2015. It's now legal in our nation's capitol to possess two ounces of recreational marijuana, grow six plants, and transfer an ounce or less.

Colorado had their first year anniversary of being the very first state to legalize it all! Not only have thousands of folks not been arrested, but millions of dollars have been saved (According to the Colorado Center on Law and Policy, by removing criminal penalties the state has saved anywhere from $12 million to $40 million dollars), let alone generated due to new tax revenue at $53 million and growing with the governor's budget office estimating $184,000,000 (yes, that's million people) in the first 18 months of recreational pot sales.

So where does this leave Pennsylvania? Our champions, Senators Mike Folmer and Daylin Leach have once again introduced legislation that would allow certain patients to treat their  medical conditions with cannabis. SB 3 is modeled after last year’s Compassionate Use of Medical Cannabis Act, also sponsored by Folmer and Leach, which passed the Senate in an overwhelming 43-7 vote. Voters are in overwhelming support of passing the law by 6 to 1 and newly-elected Governor Tom Wolfe favors the legalization of medical cannabis and is ready to sign legislation that arrives on his desk. For those interested in telling your legislature to support compassionate medical marijuana legislation, make sure to check out the Marijuana Policy Project's Petition for Pennsylvania!

It's a start and one that shouldn't be taken lightly. Granted, we would all love to see recreational marijuana legislation passed in Pennsylvania, but it will take small steps and the gang here at Pittsburgh Underground can't think of a better place to start than focusing efforts on helping those with chronic conditions such as epilepsy, multiple sclerosis, HIV, Crohn's disease, bipolar syndrome,  major depressive disorder, and others. Elevating pain for those truly suffering should come first, then we can focus on recreational use and using the much needed tax money to help Pennsylvania, much like it has in Colorado. 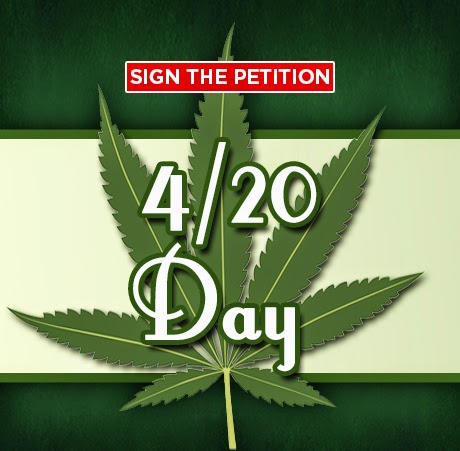 In the meantime, if it's legal in your state either for medical or recreational purposes then enjoy 420 Day to the fullest! Also, for those of you who want to see 420 Day become a national holiday, check out Bill Maher's petition on Change.org and signup today! Crazier thing have happened (just ask our friends in Colorado!). Check out Bill's plan for new 420 Day Traditions!

So however you enjoy your cannabis - smoking, eating, with friends or with loved ones - enjoy it with pride, responsibility, happiness, and above all and with Pittsburgh Underground's deepest regard have a...

HAPPY 420 DAY EVERYONE!!!
Posted by Pittsburgh Underground at 4:20 PM