Technology is a double edged sword that most people both love and hate at the same time. On one hand it truly does make our lives easier, yet can also frustrate us to no end. Let’s face it - when it works there is nothing better, however when it doesn’t it can drive you mad.

As is the case with social media. Both a blessing and a curse, it has become a part of our daily lives for better or worse. It’s used in very productive ways from building the business of a local mom and pop shop, warning residents of looming natural (or in some cases unnatural) disasters, and has even helped to topple corrupt governments by getting out uncensored news that would otherwise be wiped from history.

The flip side is sadly, what most of us see daily. Apt users that distill every random thought that ever echoed within them into the latest, greatest, and most times - meaningless sound bytes.

Facebook has not only become synonymous with this phenomenon, but has cultivated it. I’ve always found it to be very hard to take it seriously let alone give it much more than a few minutes of my time every few months. Beyond what it truly is - digital small talk, it has also reiterated my fear of people, or namely their blatant ignorance of the world they live in. When I see posts that refer to Steve Jobs as the Albert Einstein of his generation (let alone the quagmire of stupid that follows), my soul sinks. It only gets worse as I read on, so I stop and move on to better things. Dialog to Make Your Head Hurt

However, we live in an time where if you want to communicate to the masses, Facebook has become one of the necessary evils of our age. Sometimes you have people who are relying on you - folks that have a charity event, a fundraiser, an art or theater opening, a movie premiere, or maybe just a common interest that your readers are passionate about and want to share with a larger audience - that’s when social media needs to work for the user, let alone, work without hassles.

I consider myself fairly tech savvy - most people brought up in during the advent of personal computers are. We run websites, blogs, create short films, make music, create art, and generally know our way around most operating systems and the software that runs on them. When adopting a tool like Facebook that you aren’t terribly keen in the first place, you run into the mind set of ‘set it and forget it’, hoping that once in place it will take very little effort to maintain. Let’s face it - all I’m doing is linking blog posts to Facebook right? Easy-peasy!

WRONG! Digital tools evolve and therefore put you in the precarious situation of assuming that the virtual gizmo you are using today will work exactly as it did yesterday. When Facebook decided to change it’s ‘design’ back in March of 2014 it effectively removed all blog links from the past posts, placing them in the least visual place on your page under ‘guest postings’. To say I was a little shocked and upset that Facebook had completely sideswiped my efforts to keep the lines of communication open between it and the Pittsburgh Underground blog was infuriating to say the least.

What made matters worse is the utterly horrible user interface making it virtually impossible to figure out what had happened, let alone how to fix it. Compounding the issue was the lack of any type of help docs or support features to easily remedy the problem of why past and current posts were not showing up in the timeline of the Pittsburgh Underground Facebook Page. The help posts within Facebook between complaining users mirrored that of the idol chatter on their walls rather than offer up actual solutions to fix the shared issues. Searching for solutions outside of Facebook proved that absolutely no one in the Facebook community had anything productive to contribute other than more moans and groans.

It was only after talking with a friend at work who has both a personal page and a separate one for her business that I we were able to see that at the tippy top of Facebook’s interface in roughly 6 point type was a link stating “Are you posting as Hot-Toddy Pittsburgh or Pittsburgh Underground”. Once I switched to posting as ‘Pittsburgh Underground’ before linking a post it finally gave me the desired results - the timeline is now active and displaying properly once more.

At this point, feeling humbled and wondering if this was how my grandparents felt when I showed them my first personal computer back in 1984 (confused and out of touch) I consulted with a former e-business friend of mine about the issue and it’s resolution. His response made me feel a lot less ‘old’ stating that Facebook has always been a mess with one of the worst interfaces, support features, and help posts of all the social media sites. In otherwords, don’t worry - it’s not you it’s them. Whew! 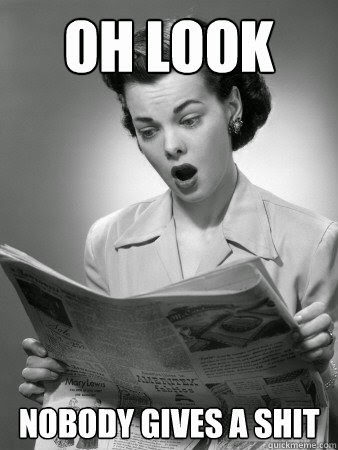 The irony of this situation was that no one I know that uses Facebook was aware (or awake) enough to let me know that something was amiss with the Pittsburgh Underground Page in the first place, making the initial feeling of it’s  importance brought on by the frustration of the tool’s defects a lot less important in the long run (sometimes your gut is correct after all!). The silver lining is that the Pittsburgh Underground Facebook Page is now functioning with blog posts linking and displaying properly for all to see - or at least until the crew at Facebook screws it up again in order to ‘enhance the user experience’.

In hindsight,  it solidified my view of Facebook and the overall community that uses it for that digital small talk I mentioned earlier. Although still a necessary evil in the world of digital communication, predictably...