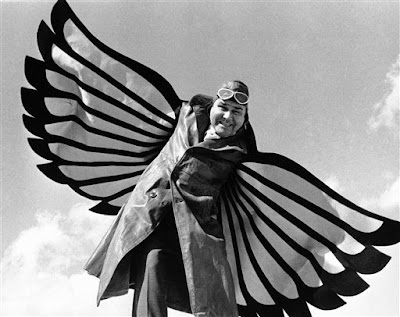 Greetings one and all to another Fundays At 420, albeit a sad one. We lost a lot of great people last week, but one that will be missed greatly was that of comedian Jonathan Winters who died of natural causes at his Montecito, California home at 6:45 p.m. on April 11, 2013, surrounded by family and friends.

Born in Dayton, Ohio, to radio personality, Alice Kilgore and Jonathan Harshman Winters II. After his parents split, he moved to Springfield with his maternal grandmother - the inspiration for one of his most famous characters, Maude Frickert.

He served in the United States Marine Corps. and served two and a half years in the Pacific Theater during World War II. Afterwards, he studied cartooning at the Dayton Art Institute where he met his wife, Eileen Schauder.

The legend of how Mr. Winters got started in show business centers around his lost wristwatch during the first few months of his marriage to Eileen. Since they newlyweds were broke, Eileen encouraged her husband to enter a talent contest that she had read about - the first prize being, you guessed it - a brand new wristwatch. Taking his wife's advice, Mr. Winters entered the contest to win the watch which led to a disc jockey job introducing songs and the temperature. His ad libs and character impersonations stole the show.

1n 1959, Winters admitted himself into a private psychiatric hospital and again in 1961, suffering from nervous breakdowns and bipolar disorder. Winters refused shock therapy treatments that would remove the pain from his mental illness for fear that he could no longer draw upon it during his acts in order to entertain his audience.

The man did everything - he performed the first color television show (his own 15 minute routine sponsored by Tums), guest starred on the Tonight Show with Jack Parr & Johnny Carson, rubbed elbows with Dean Martin at his roasts and his TV show, played along the great comedy legends in It's a Mad, Mad, Mad, Mad World, played drama in The Twilight Zone, guest starred on the Hollywood Squares, Hee Haw, Mork & Mindy (one of our favorites), voiced characters in I Go Pogo, The Smurfs Movie, The New Scooby-Doo Movies (as Maude Frickert), had 11 Grammy nominations in his career along with a win in 1996 for Crank(y) Calls, won the Mark Twain Prize for American Humor in 1999, and was also a painter. 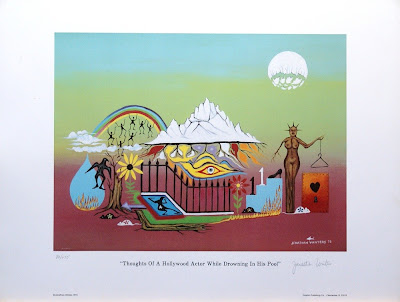 Ultimately, it's nearly impossible to sum up a career on a guy who had been entertaining us for so many years and in so many ways. With that said, Pittsburgh Underground is proud to bring you a few of Jonathan Winters greatest captured moments - Keep on keepin' on Mr. Winters - we'll miss you!

TO THE JONATHAN WINTERS FOOTAGE...