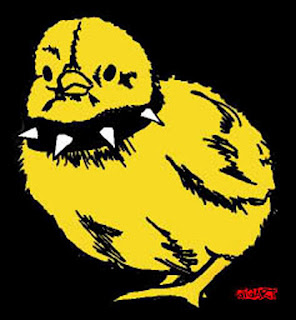 HEY KIDS!!! You know what time it is? That's right! It's Fundays At 420!!! Every Sunday at 420, Pittsburgh Underground likes to tip our hat to all things silly, amusing, and ludicrous that this wonderful world  has to offer! This week it's all about girl power gone bad and all the hoopla that goes with it!

Now before we begin to get a slew of angry letters from the fairer sex, understand that in July of this year PU posted a Fundays At 420 segment entitled 4th of July Fails! This article featured some of the dumbest 4th of July disasters - ALL caused by dumb boys with gunpowder. Yes, sadly - all men have something in their DNA that makes us want to watch things go BOOM!!! Sadly, we are not all blessed with the brains to carry out these lofty plans as shown in the videos we posted in that feature.

Woman do not need gunpowder, bullets, or radium in their well laid plans - they are their own weapons of mass distraction as shown in the following extravaganza - Enjoy!!!

CLICK TO CONTINUE
TO THE VIDEOS CONTAINING WOMEN VS...

Woman Vs. The Newlywed Game

Woman Vs. Are You Smarter Than A 5th Grader

Woman Vs. The Price Is Right

Woman With Gun vs. Fire Crackers

Woman Vs. The Game Show

Women Vs. The Game Shows

Woman in Car Vs. Gas Station

Woman Vs. The Homeless


HAVE A GREAT FUNDAY EVERYBODY!!!
Posted by Hot Toddy at 4:20 PM