Fundays At 420: Saturday Morning in Space! 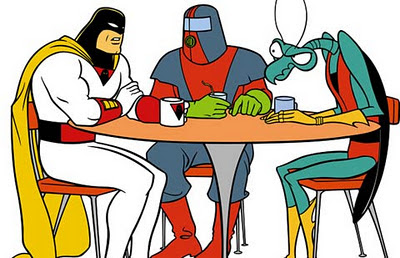 Hello primitive earth beings! It time again for another Fundays at 420 segment on Pittsburgh Underground! This week we wax the light nostalgic with a look back to the future! Set the wayback machine between the era of 1970's and 1980's - destination Saturday morning cartoons! Back in the the days of pet rocks and disco as it bled into Flock of Seagulls hair and gummy worms, we were all looking to the future and all it's possibilities.


Although there were as many interpretations of what was to come as there were actual music videos on MTV, on thing was for sure - the future was going to be a better place than the stink we were sitting in. Hell, even old staples like the Fonz and the Happy Days Gang, the Partridge Family, Gilligan's Island, and Josie and the Pussycats all took a quantum leap in what could be.

So sit back and relax, for the future looks bright in these futuristic themes from this 80's cavalcade of cartoons!


HAVE A GREAT FUNDAY EVERYONE!!!