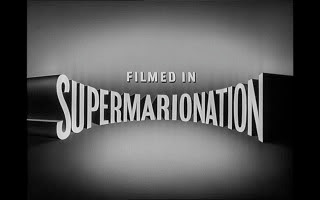 Oh, I readily admit that I might have over medicated today :). Hey, it's Fundays@420!!! Would you expect anything less?! With that said, the name of the game today my friends is ACTION!!! That's right, balls to the wall, kick you in the keister, up the wazzo ACTION!!!

So feast your beast on these little morsels as we delve into the hair raising world of SUPERMARIONATION!!!

Huh you say? Seriously! Supermarionation created by Gerry Anderson was all the RAGE back in the 1960's and even inspired the modern parody from 2004, Team America World Police from Trey Parker and Matt Stone (yes, you can view the trailer at the very end of my Supermarionation picks). Enjoy all this sassy fun from the 1960's!!!


Captain Scarlet and the Mysterions (Intro 1967)


HAVE A GREAT FUNDAY EVERYBODY!!!

Posted by Anonymous at 4:20 PM